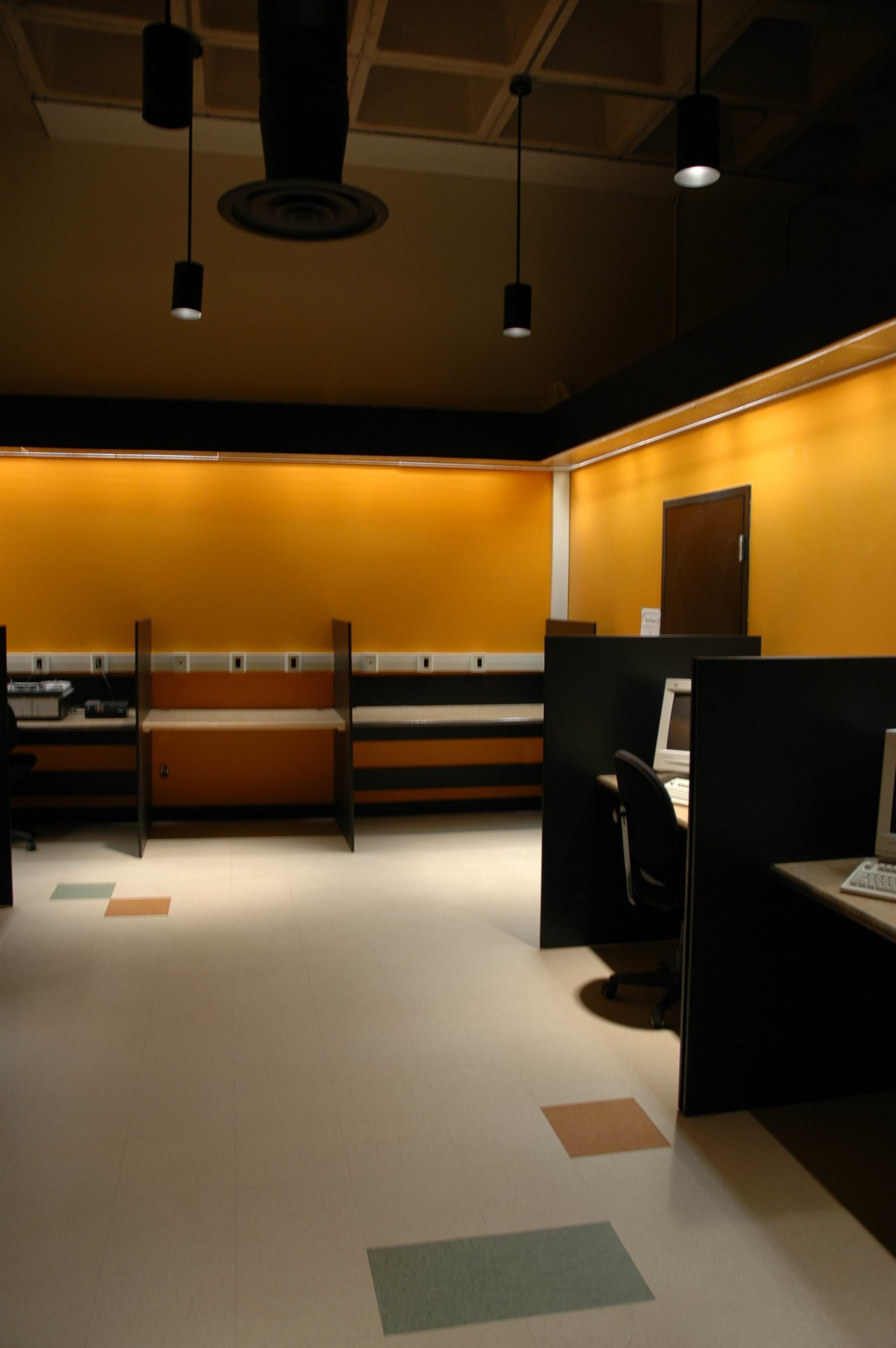 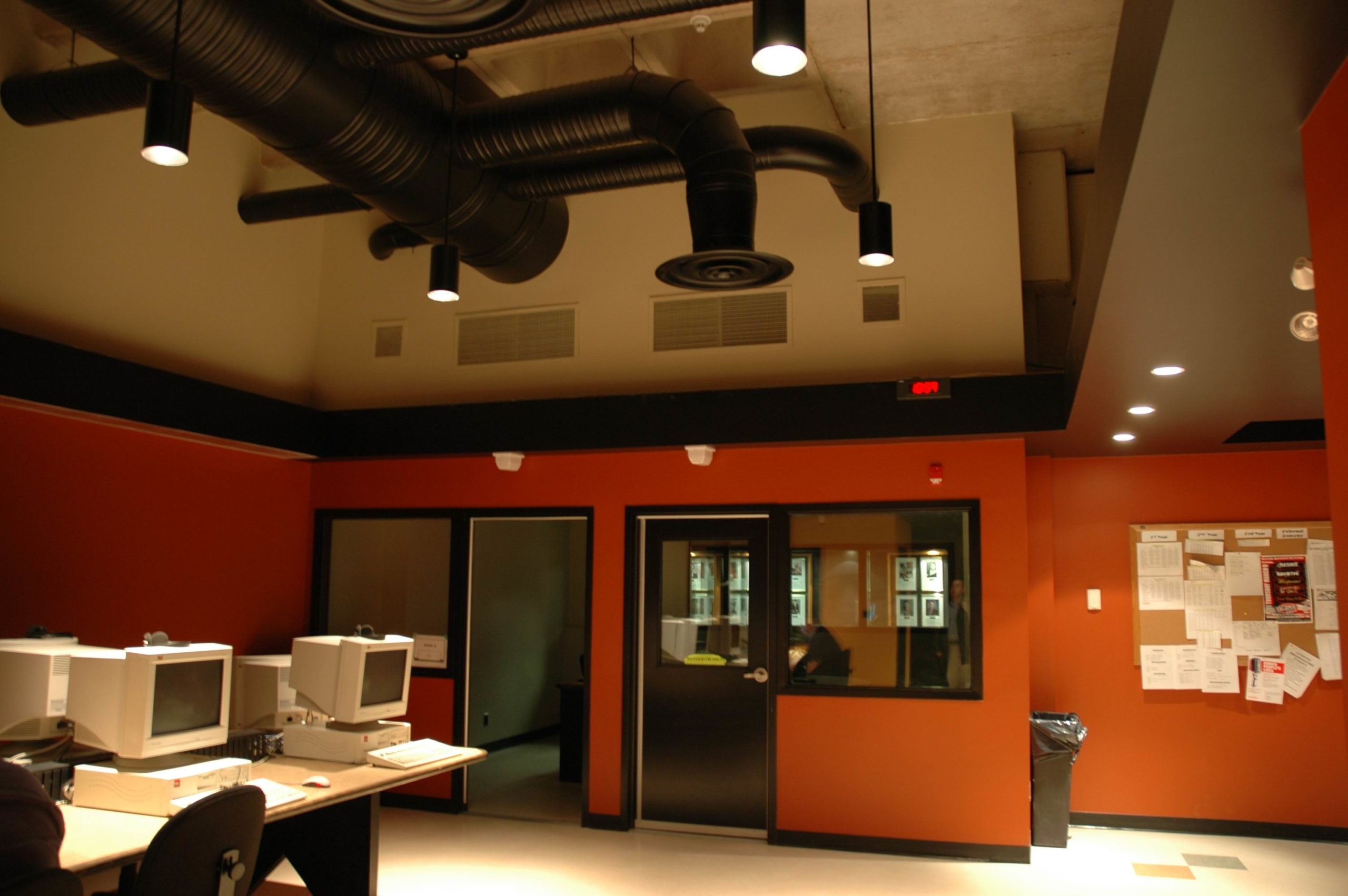 Quartek Group Inc. began work on a New Media and Design building for Niagara College in September of 2004. Based on program requirements, concepts were developed and presented utilizing computer renderings and animations. After a review of the budget Niagara College revised the scope and a budget of $1 million was attributed to the renovation of the existing Boradcasting Facilities in the Voyageur wing of the Niagara College Welland Campus. Working with the committee comprising of faculty members and facilities management personnel, Quartek developed concepts to reorganize the fragmented interiors of the existing facility that had been incrementally renovated from previous programs. As in the earlier conceptural design work, computer renderings and animations were used to convey the design intent. Spacially combining the various rooms that constituted each of the programs (Radio, Television, and Film), and using colour and signage to distinguish different areas, Quartek was able to create an identity for the Broadcasting Facilities separate from the other adjacent faculty spaces. In addition the use of lighting and design strategies such as exposing the existing concrete waffle ceiling as an architectural feature were employed to provide impact with minimal expense.