In 2006, Niagara Parks Commission (NPC) retained Quartek Group to investigate alternative approaches to addressing problems with their aging sewage pumping facility serving Table Rock House, Queen Victoria Place and other venues along Niagara Parkway near Niagara Falls. The existing pumping station, suspended in a penstock in an abandoned hydro-electric flume, was significantly degraded, presenting ongoing operational and maintenance challenges, and requiring repeated, expensive confined space entries. Quartek investigated several possible solutions, including various locations, installations inside and outside the abandoned power flumes, and options of pre-fabricated and constructed-in-place. The recommended solution was a package station with pre-fabricated fiberglass (FRP) tank and submersible pumps, located adjacent to the existing one in order to limit cost and changes to existing sewers. NPC further retained Quartek to carry out detailed design, specifications and construction services for the station replacement and considerable modifications inside the flume. Challenges included keeping the existing station operational, working inside and through a 90-year old steel-lined concrete flume and the prominent location immediately in front of Queen Victoria Place at the crest of Niagara Falls, one of the busiest and most recognized tourist destinations in the world. Work was tendered in December 2007 and construction was completed as stipulated by NPC prior to the Victoria Day weekend in 2008. The result is a very unique, custom facility that addresses NPC’s criteria of low maintenance, accessibility without confined space entry and minimal intrusion into the aesthetically attractive nature of its location. 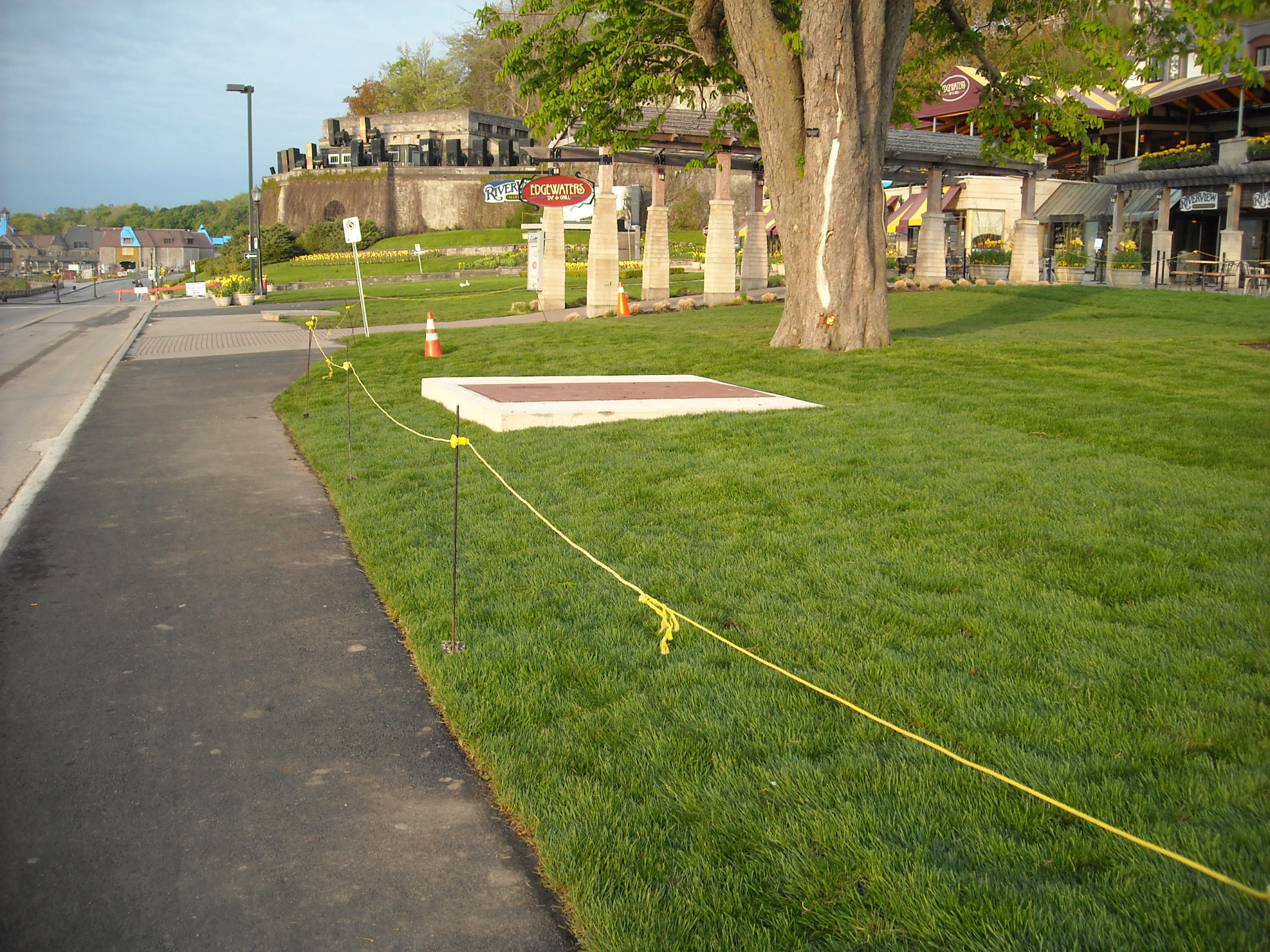 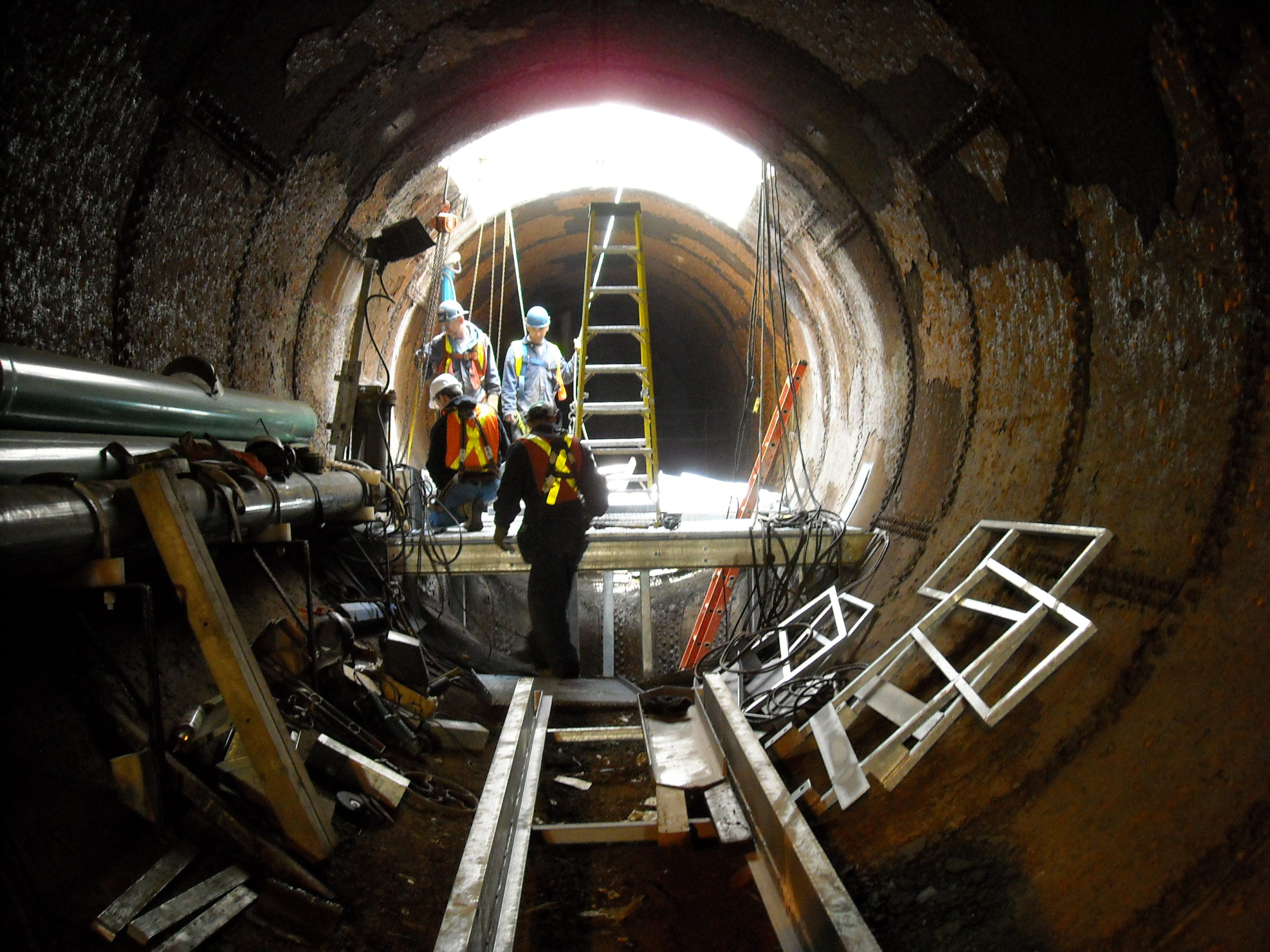 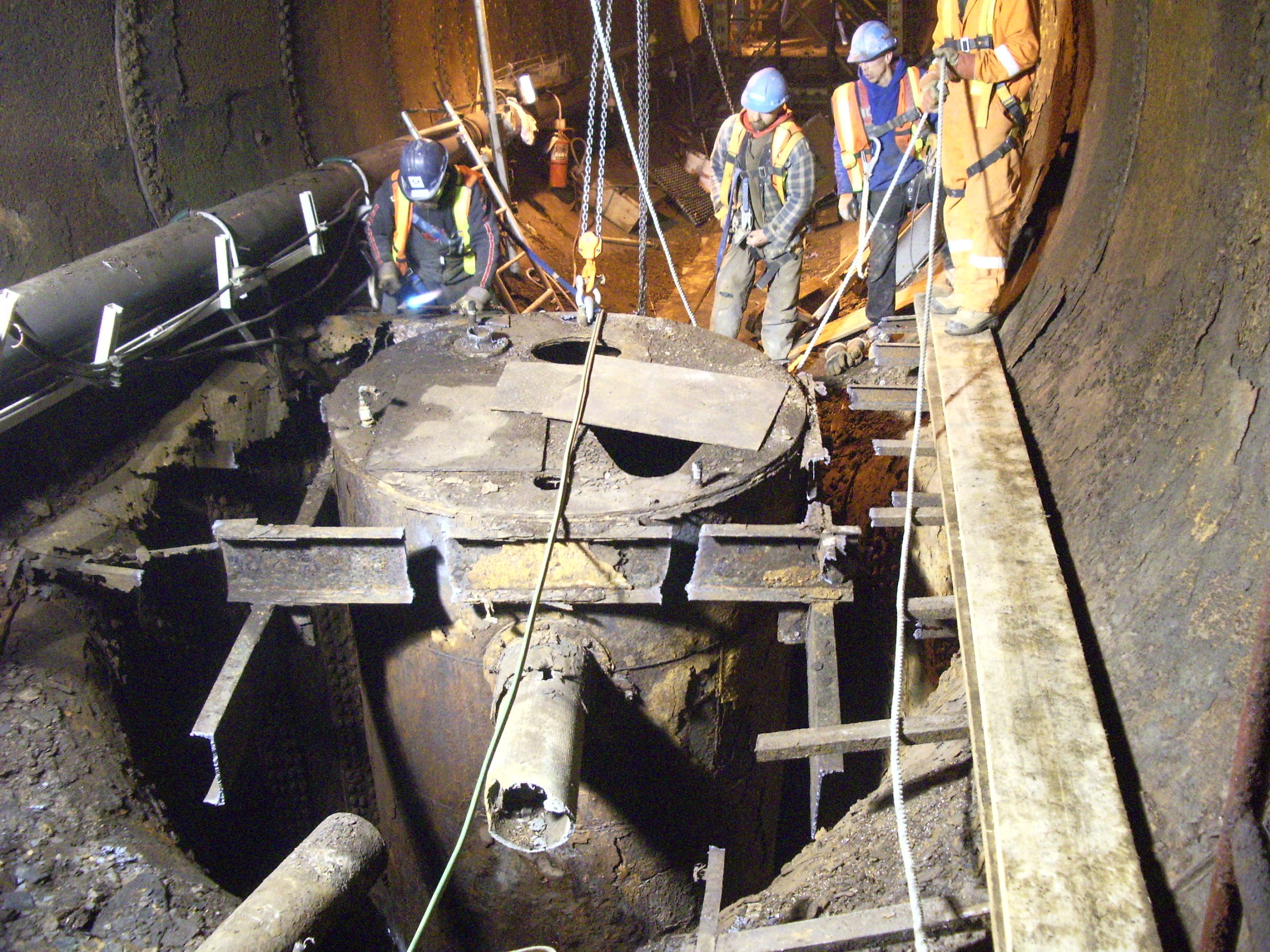 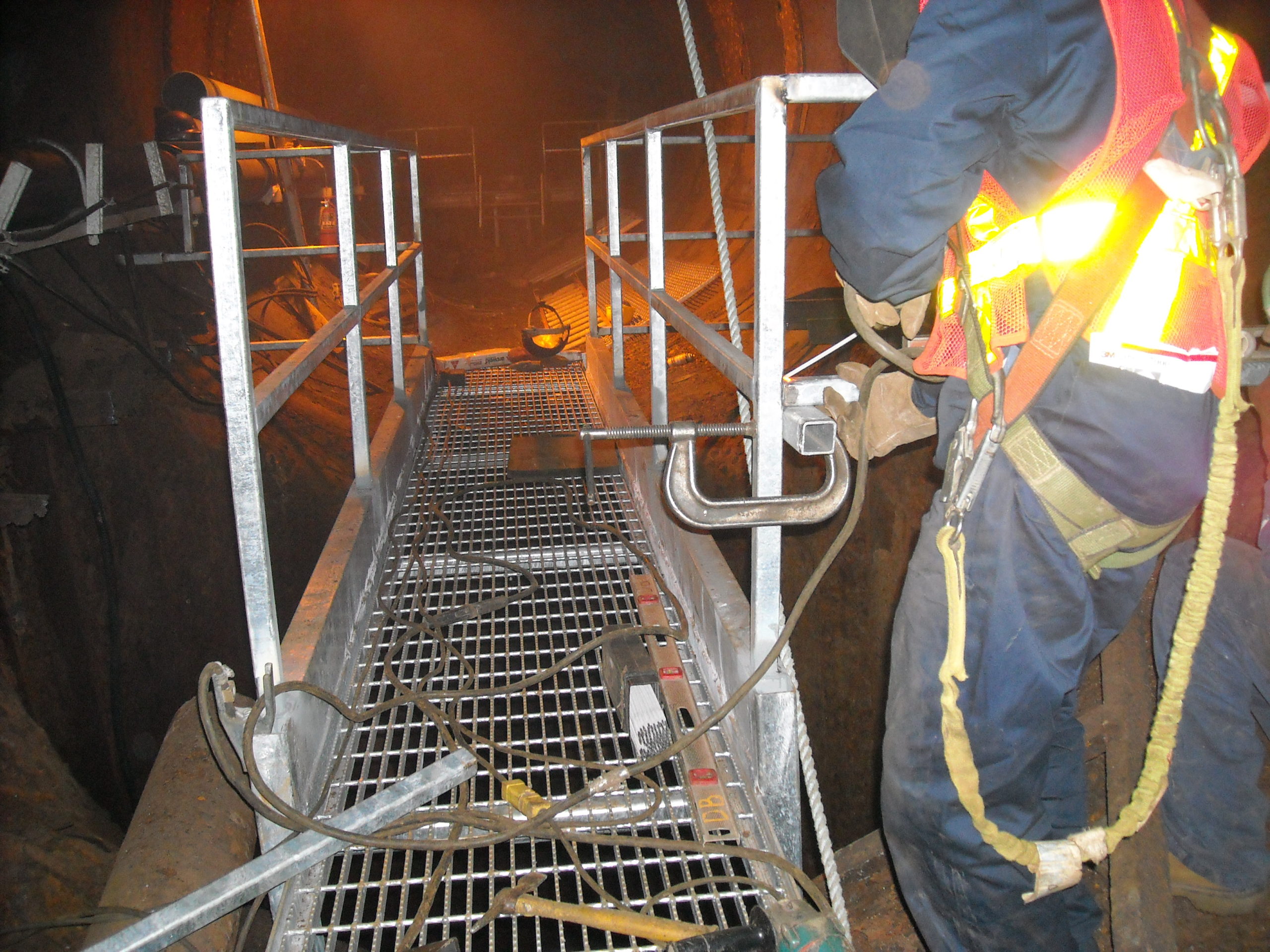 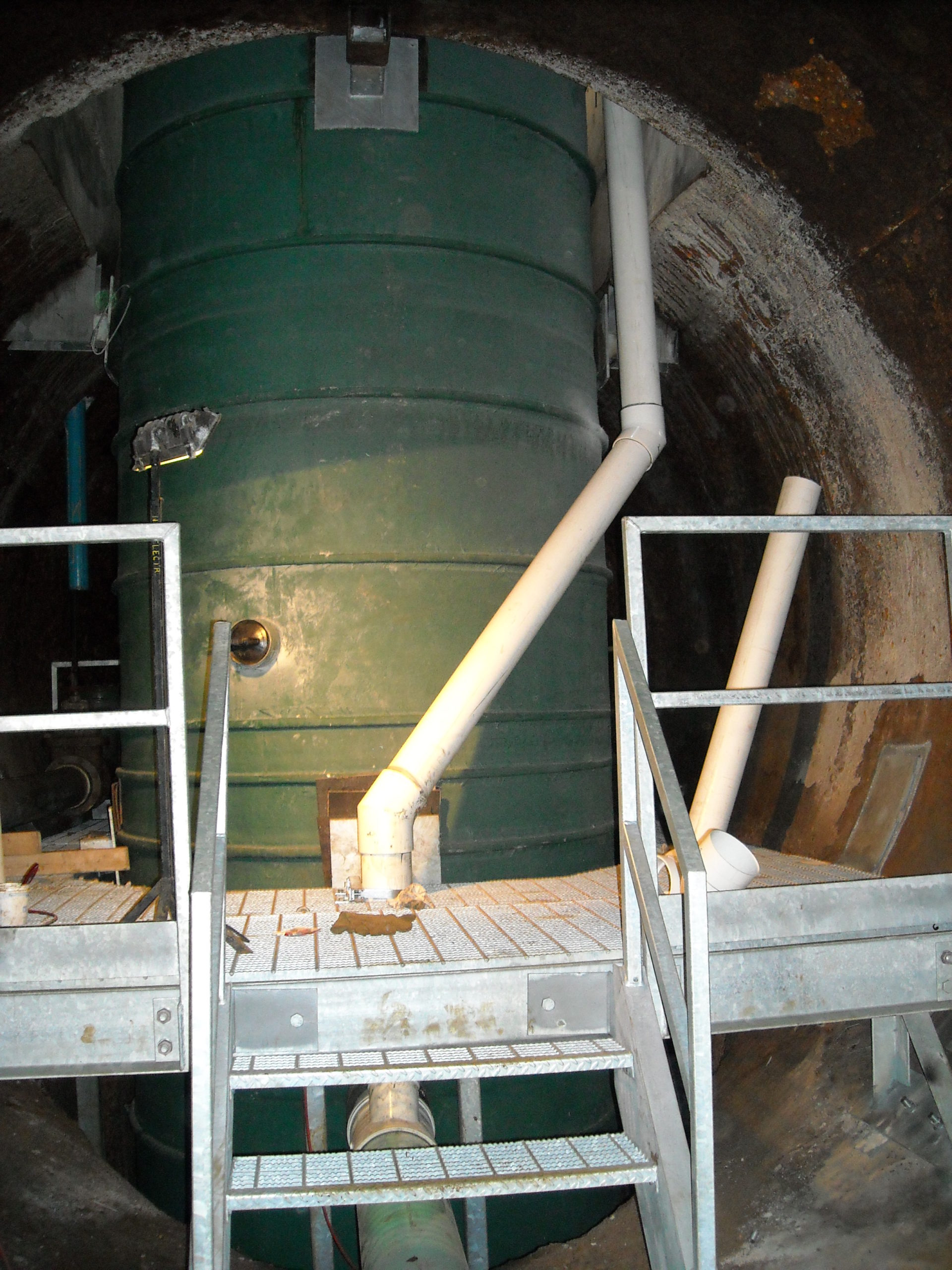 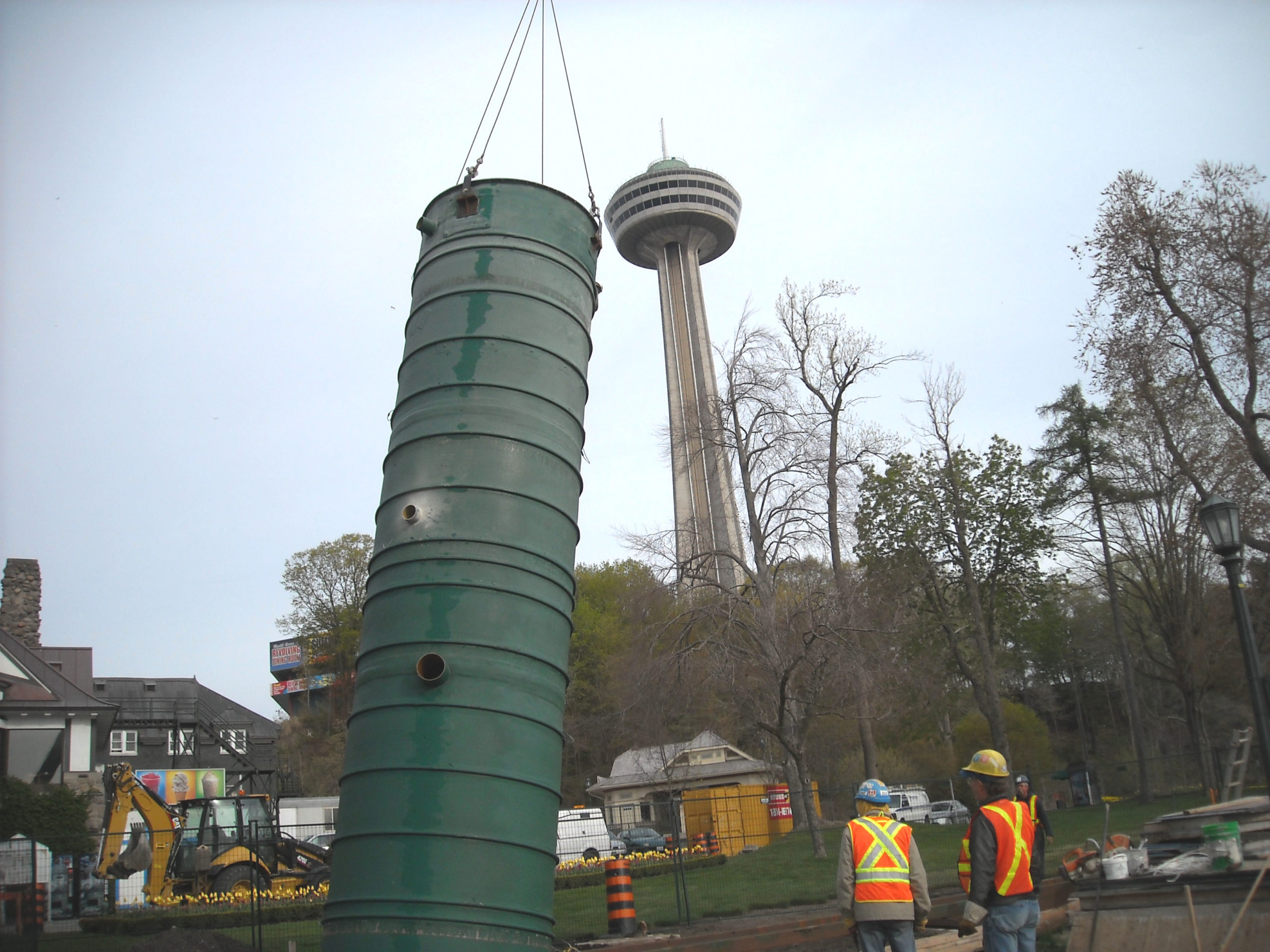 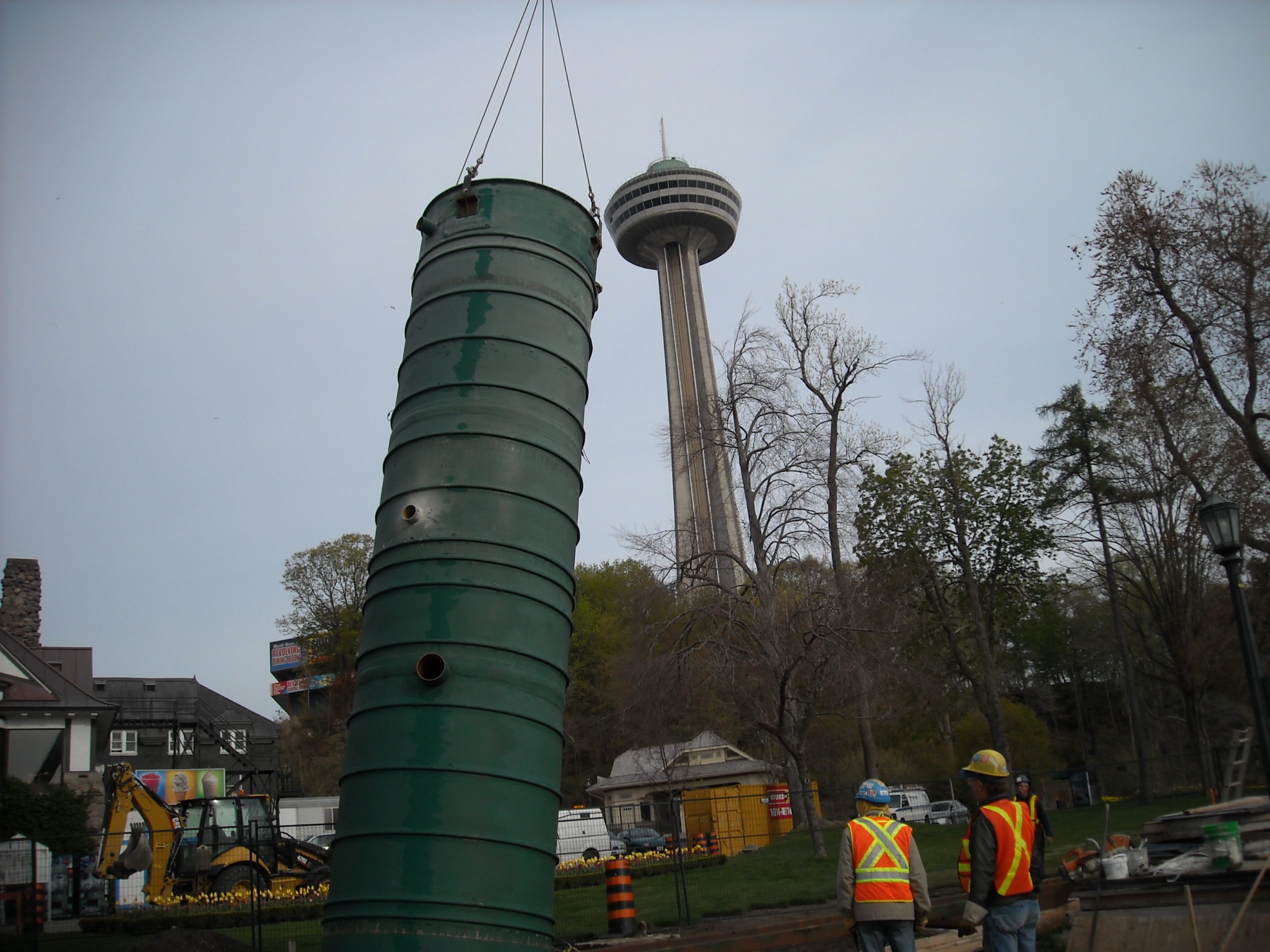